How can you tell if your cat is frightened of fireworks?

How can you tell if your cat is frightened of fireworks?

If a cat feels threatened by something tangible e.g. a dog, other cat or ‘scary’ person, by standing tall and ‘fluffing out’ its fur the cat may try to make himself look bigger and hope to scare the threat away. Another way that a cat may react when frightened is to try to make himself look smaller. And this is what he is more likely to do if feeling frightened by something that he cannot see or touch such as a loud noise.

When trying to make himself small the cat will usually crouch down, keeping his head and body as low to the ground as possible. When moving he will do so with bent legs and lowered head and will appear to ‘slink’ along low to the ground. This can be similar to the body posture when hunting, except that when hunting the cat is focused on his prey, but when frightened he will appear wary and vigilant of everything around him.

When frightened a cat will flatten its ears sideways. The more frightened the cat the flatter the ears.

The pupil (the black part) of a cat’s eye will normally dilate in low light conditions to aid vision. But under normal daylight, or reasonably bright artificial light, dilated pupils can be a sign of fear.

A flick of the tongue up towards the nose can be a sign that the cat is feeling unsure or anxious.

The resting position that a cat adopts can be one way to tell how relaxed, or not, the cat is feeling. The simple guideline is to look at where the cat’s feet are. If the cat is resting with all four feet in direct contact with the ground, then he can be ready to spring up and run away, indicating that he may not be feeling entirely relaxed.

Hiding under the furniture or attempting to run away can be obvious signs that a cat is frightened, but there are other behavioural signs to look for.

A frightened cat is more likely to be aggressive if it feels threatened.

Fear can reduce appetite. Also the cat may feel too frightened to go to its food dish.

Fear can reduce bladder and bowel control. Also a cat may be too frightened to go outside or go to the place where the litter tray is located.

Grooming is one way that a cat can help itself to reduce stress. But if stress, in the form of fear and anxiety, is too great then grooming can become excessive and the cat may even start to pull out its hair.

It is always advisable to keep your cat shut in when there are fireworks outside. But some cats may try desperately to escape when shut in. This is not because the cat wants to see the fireworks. It is far more likely that he is trying to escape from the firework sounds. If he is let out he will most likely panic, run off and get lost or encounter real danger in the form of traffic.  So it is even more important that he is kept safely indoors.

Trudi Atkinson is a full member of the Association of Pet Behaviour Counsellors (APBC) and a Certificated Clinical Animal Behaviourist (CCAB). She runs a behaviour referral practice covering South West UK dealing exclusively with feline behaviour problems. She initially qualified as a veterinary nurse in 1986 and spent several years in veterinary practice before undertaking further study and gaining a post graduate diploma in companion animal behaviour counselling from Southampton University in 1999. As well as helping cat owners and their pets with behaviour problems, Trudi has also contributed to behaviour and veterinary textbooks and has presented several talks on the behaviour of pet animals, especially cats. 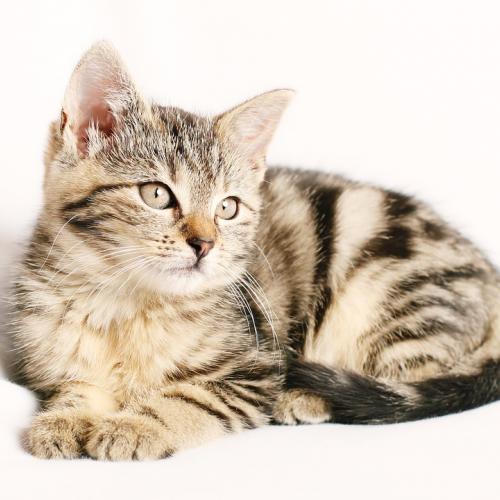