PET OF THE MONTH

Each month we feature one of your furry friends as our pet of the month! To make your pet a star post their picture on our Facebook or Twitter page.

If they are selected as our pet of the month they will be the star of our social media banners, feature on our homepage and in our pet newsletter as well as having facts about them displayed on this page all year!

See our previous stars below: 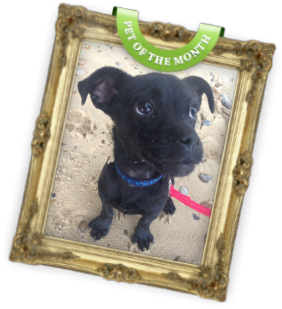 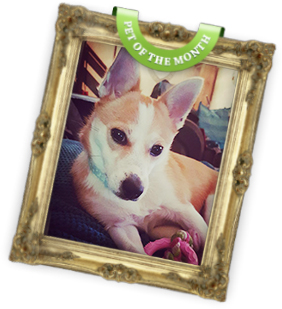 Name: Nova Age: 9 Months Breed: Jackaranian (Jack Russel x Pomeranian) Personality: She is a happy lovable wee dog. She is shy when meeting new people but once she gets used to them she will jump all over them with love! Likes: Walks on the beach to collect sticks. Dislikes: People knocking on the front door. 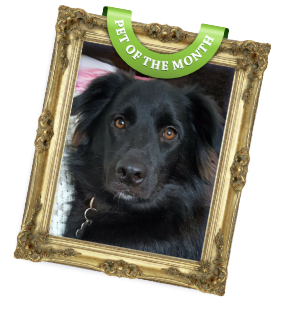 Name: Barney Age: 1 (in March!) Breed: Collie x Labrador Retriever with some Flat Coated Retriever Personality: He came to England when I adopted him from Romania in August (Wonderland bid to save a stray charity). He only has 3 and a half legs as his paw had been chopped off before he was dumped at about 7 weeks. He is a wonderful boy even though he does have many issues and is very wary of people. His DNA says he is collie x labrador retriever with some flat coated retriever. He is a wonderful dog who is gaining in confidence every day and is so loving and cheeky. Likes: His favourite things are digging up the garden and playing in mud (as well as rolling in things that he shouldn't). I love him so much and would not swap him for the world. Dislikes: He doesn't like people trying to approach him as he is very wary of them which is not surprising given his history. 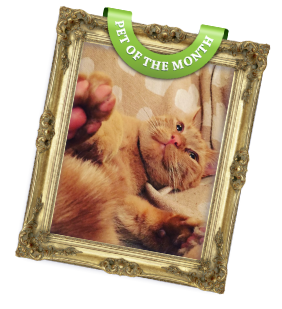 Name: Zippy Age: 2 Breed: Ginger Domestic Short-Haired Personality: Huge! No other word to describe his personality really. He was the most loving kitty, not only golden in colour but golden at the heart too. We were so blessed to have had the privilege of him in our lives. Likes: Absoluely food obsessed, he's been caught numerous of times breaking into his biscuits and cupboards. We've also had neighbours reprt to us about his mischief! 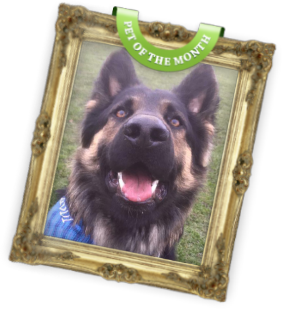 Name: Kodi Age: 3 Breed: German Shepherd Personality: He is a very loving, gentle boy who loves everyone. He's a wonderful dog and we are incredibly proud to share our lives with him. Likes: He likes nothing better than long walks with his Alaskan malamute brother Austin and swimming. Also obsessed with balls and frisbees. Dislikes: Not overly keen on cats. 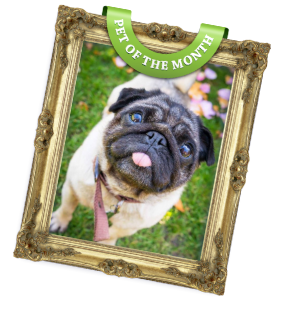 Name: Peppa Age: 4 Breed: Pug Personality: We adopted Peppa in March from Evesham Greyhound and Lurcher Rescue. She was neglected with a lump on her backside. With the medication, she got better and she settled in well. The photo taken when she first came to us, in the garden at Easter time by my good friend Jennifer who is professional photographer. We're so proud of her. Likes: She loves her food. Also likes to try and catch the birds and cats, and bark at the aeroplanes in the sky. Dislikes: When mummy and daddy go to work.